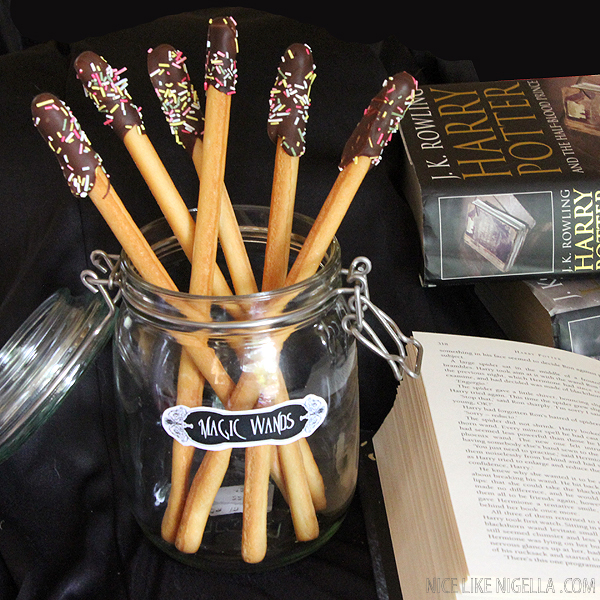 Preparations for our Harry Potter party are coming along nicely! The Marauders Map Invitations have been sent out, our costumes are organized and I’ve turned my mind to Harry Potter-themed food! Here is the first batch: Chocolate wands, Exploding Chocolate Frogs and Cheesy Shooting Stars.

These are super-easy to make. I used breadsticks, dipped them in melted chocolate and sprinkled them with sugar strands. You could add a little popping candy to them if you fancy an extra surprise too. The popping candy will fizz a little when dropped onto the melted chocolate, but plenty of crackle will be left. Leave on greaseproof paper and pop into the fridge until set. 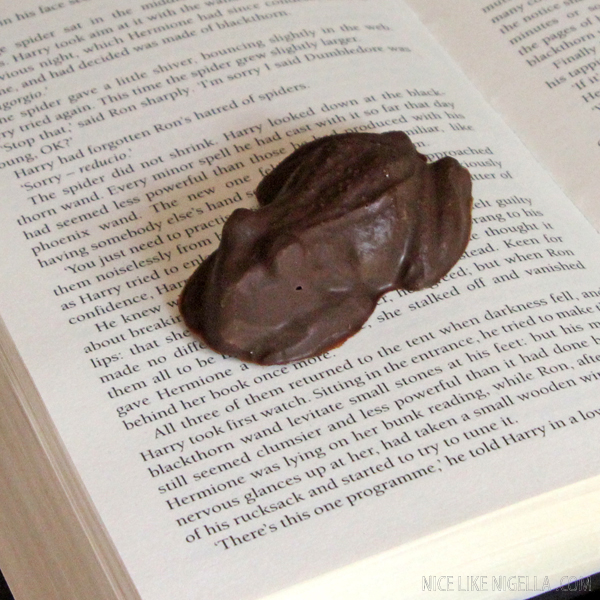 I was just going to buy Freddo chocolate frogs for the party, but I thought I’d go one further and make them myself. I bought a (very cheap) plastic frog chocolate mould (just Google around and you’ll find lots to choose from).  Melt the chocolate, either in a bowl over some hot water or VERY CAREFULLY in the Microwave.

I used half Cadburys Dairy Milk and half dark chocolate. When the melted chocolate mixture has cooled a little tip in a good amount of popping candy. I got the popping candy from the baking section at my local supermarket, they sell little tubs of it for baking (thank you Heston for helping to make popping candy so readily available!).

The popping candy does fiz and pop when you add it to the chocolate but there’s till plenty of power left once the chocolate is set so don’t worry about that. Once you’ve filled the frog moulds just pop into the fridge to set. 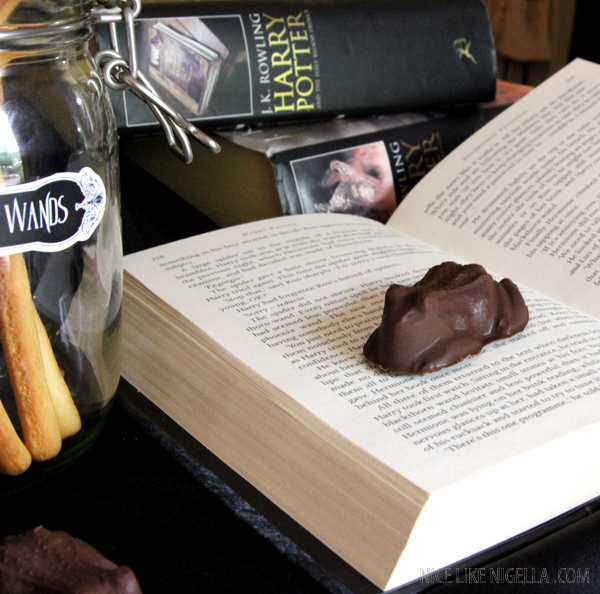 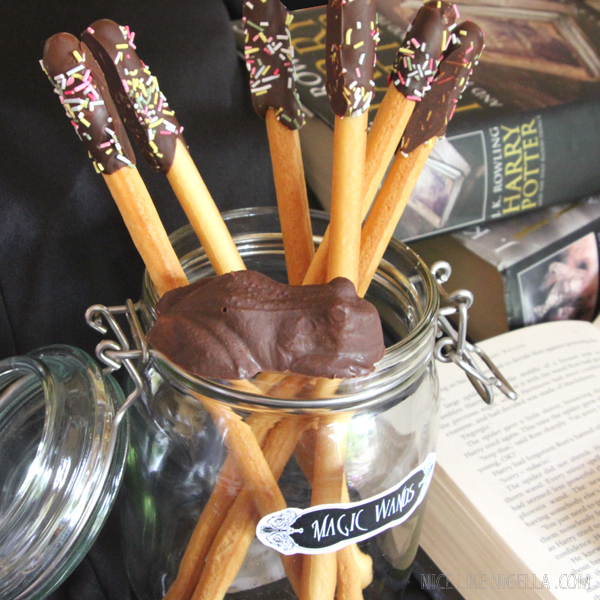 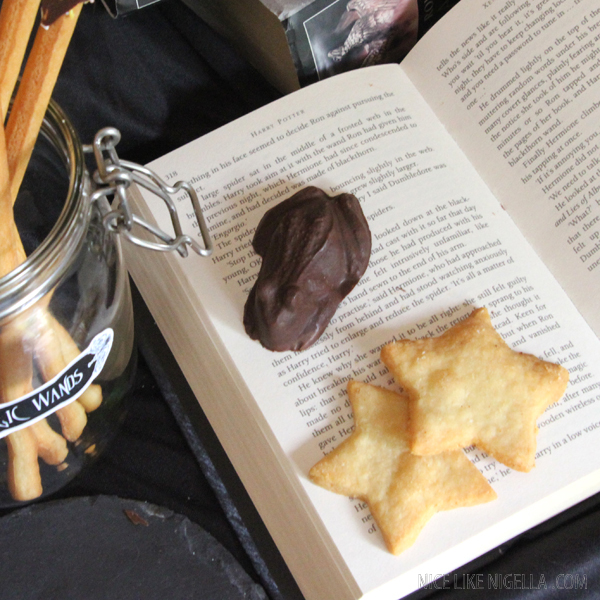 I used up the same dough for these as I did for the Parmesan Dinosaur Biscuits. They are crumbly, light and ever so tasty. Just cut with a star-shaped cutter instead and sprinkle with a little edible glitter to make them look extra special!

What other food do I need for my Harry Potter party? Pumpkin pasties? Acid Drops? Ideas please!

My Other Harry Potter Party posts: